The Rival of Apple Peel 520 Unveiled

It does the same great thing as the Apple Peel 520, allows you to make calls and send texts on your iPod touch. It’s still a case, but not in silicon rubber, it’s built in hard plastic. It has got better design and finishing, but users still need to jailbreak the iPod touch device first before using it. So what you call this? The tPhone.


Yeah, we call this tPhone as a rival of the Apple Peel 520 since it also wraps around an iPod touch and straps it to a SIM card slot, a dock connector, and a battery. It’s not produced by the manufacturer of the Apple Peel, but somehow these two widgets have similar features. 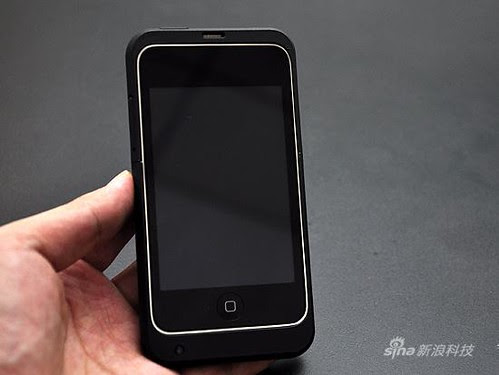 First of all, let’s talk about its specs. This tPhone is a hard plastic case with matte black finishing, it includes a non-removable 1200mAh battery, a SIM card slot located on the sides, a dock connector, top and side buttons for the iPod touch, audio jack on the bottom and a power button to activate the adapter. What’s more, it features a mini USB port for power-charging. 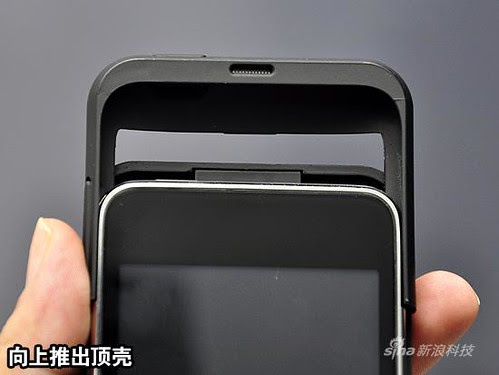 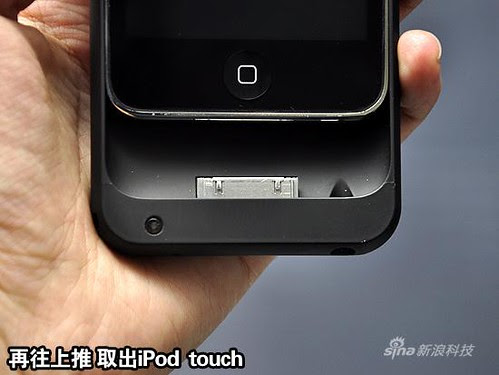 To wrap this case around your iPod touch, you need to slide up the upper section first, then you can fit the device into it. For removing, just give a little push in an upward direction. Seems pretty easy. 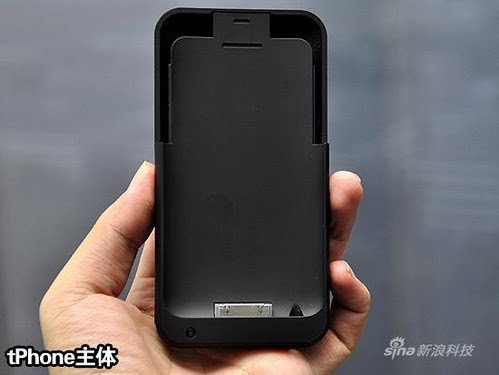 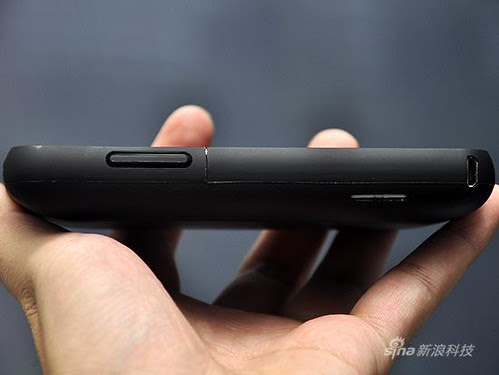 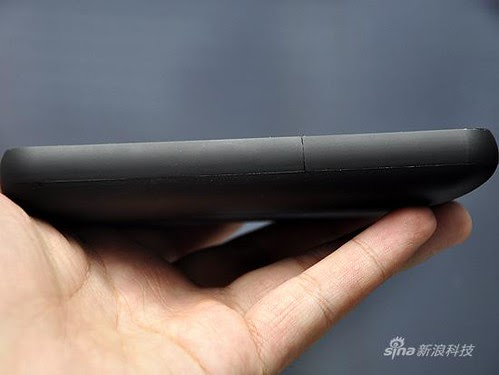 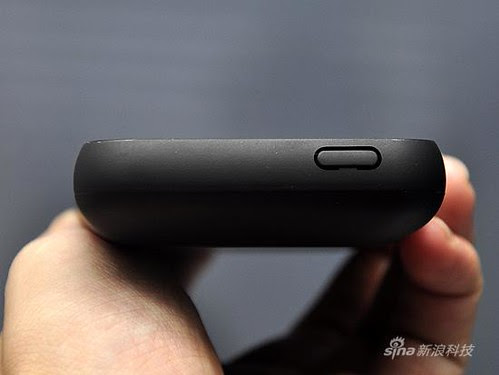 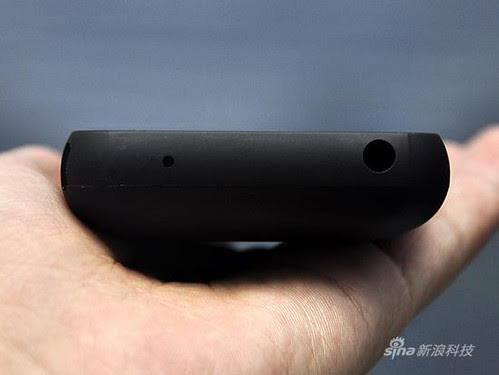 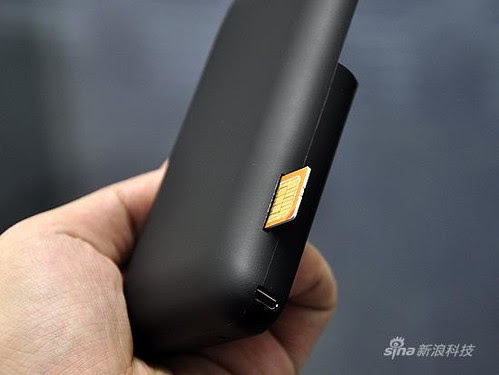 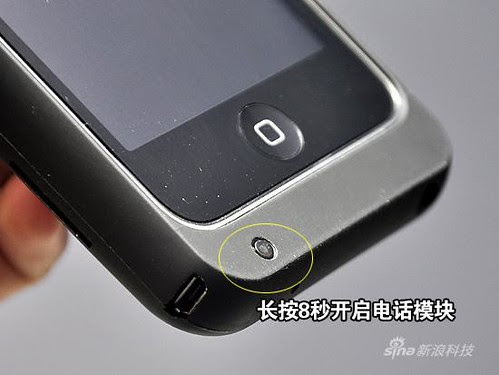 See that small little button? Users have to press and hold it for 8 seconds to activate the adapter. 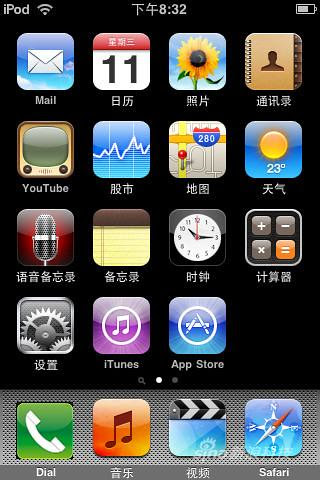 To start using this magical widget, you have to insert a SIM card first. Then, slot the iPod touch into the case, and press the small little button for 8 seconds, the adapter will start up. There’s one important step before doing all these stuff, you need to jailbreak your iPod touch. Following the instructions provided by the manufacturer, you can go ahead and install a “Dial” software into the device, then you can start making calls with the app. The Dial app will appear on the homescreen after installation. 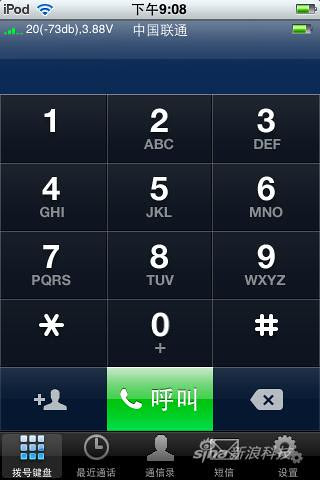 Users can access the dial pad through the Dial app, and the phone signal bar will show up on the top in the app. The battery status of the adapter will also appear. 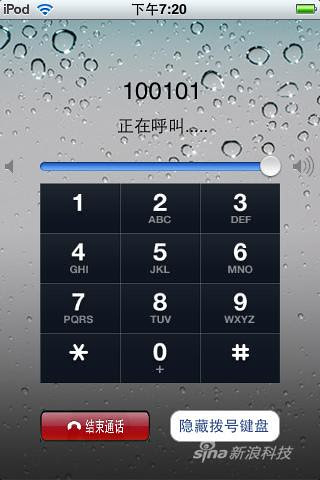 The UI of the Dial App is pretty interesting. If you are making a call, a different interface will pop out and the iOS 4 wallpaper will appear as the background. There’s only five simple stuff you can see, the display message, a sliding bar to adjust the call volume, a dial pad, a red button saying “End call” and a button to hide the dial pad. 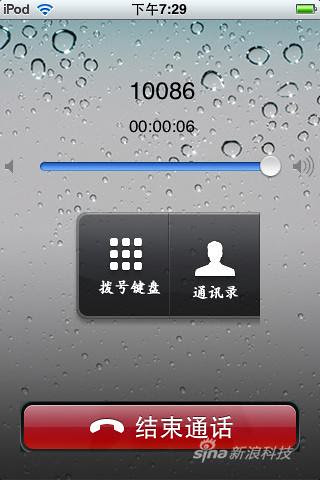 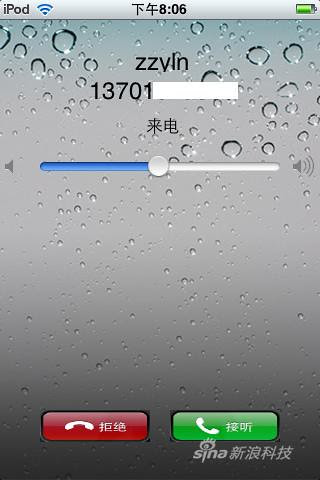 When a call arrives, there’s only the red and green button for you to choose, accept or reject the call. With the tPhone wrapping the device, the iPod touch will ring no matter what you are doing or playing on the device. However, the ringing volume is not so loud, and maybe there will be some delay when you are receiving a call. 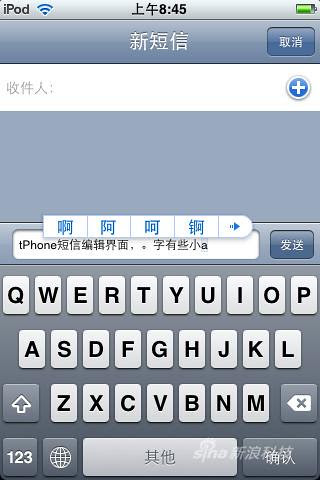 For the function of making / receiving texts, it works satisfactory. The messaging feature is also built into the Dial app, and users can access the input methods which come along with iOS4. There are some bugs with the messaging function, such as quirky SMS delivery, not showing some letters which only happens on the Chinese language. 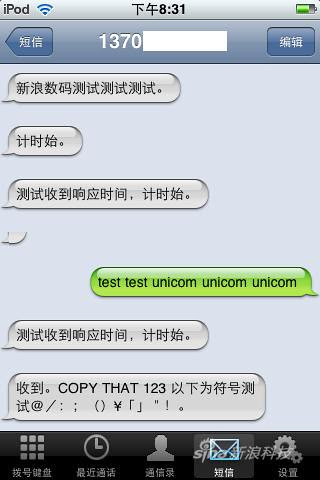 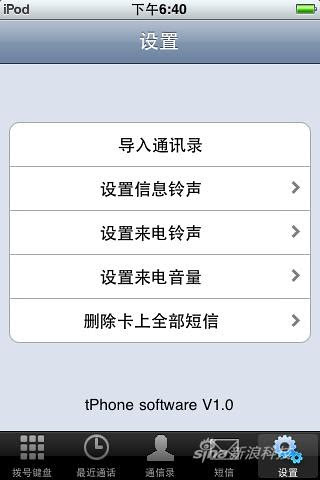 Of course, there are some bonus features on this tPhone case. Users can import contacts from the SIM card, set up ringtones, adjust call volume, delete the messages which are stored on the SIM card. 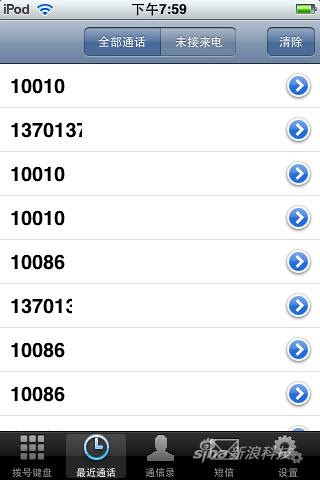 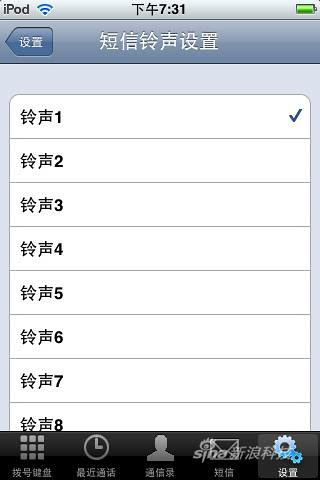 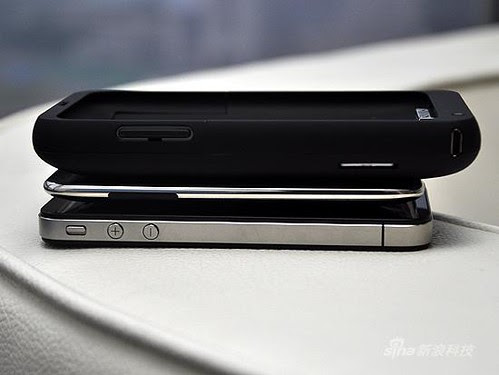 There’s one bad thing on this tPhone case, it’s super-duper thick. The thickness is the combination of iPod touch and the iPhone 4. So, if you are purchasing it, please take note of this disadvantage first. You may ask about the battery life of the adapter, well, according to the review from Sina, they tested the case starting from 8pm to next morning of 8am, and the battery power is still surviving. What’s more, the case weighs as heavy as the iPod touch, and it does not vibrate. The manufacturer claimed that this tPhone case is still in prototype and they will try to fix the disadvantages of the case. So, here’s the unconfirmed price tag, $700 yuan (about $103). Well, it’s more expensive than the Apple Peel, so which one would you prefer?
Share this
Newer Post Older Post Home