We can’t believe this. A super smart Chinese man from Chinese telecommunications equipment maker ZTE spent 3,000 yuan (about $460) and 3 months time to built an ultra-realistic Iron Man suit. Wearing the super cool armor, Wang stuns his office colleagues in the ZTE campus in Shanghai. Video after the jump, and his unbelievable diary of making the suit.

The 25-year-old creator, Wang XiaoKang, became a big fan of Iron Man since the release of Iron Man movie in 2008, and he was inspired to build the awesome gadgets — the Iron Man helmet, arc reactor and repulsor arm. He started from searching information from Google (not Baidu), and he found a forum which talks about props. Then, he went searching for behind-the-scenes of the Iron Man movie, and watched the Blu-ray version everyday. And finally, he came out with this.

Wang has no experience on DIY at all, and he only has basic tools at home, such as pliers, tapes, scissors, and two tin boxes from IKEA. And Wang somehow worked it out with those basic tools, of course, he purchased other materials and LED bulbs to complete the project. And in 2010, Wang improved the mask, and built a repulsor arm. He wanted to be Iron Man. Wang drew sketches, and spent most of his time in his workshop. Then, Wang decided to make a helmet of the Mark III, with a new material called Ethylene-vinyl acetate, which is a polymer that has good clarity and gloss, barrier properties, low-temperature toughness, stress-crack resistance, hot-melt adhesive water proof properties, and resistance to UV radiation. Looks perfect for his project. And he started the project in February, 2011.

The helmet looks very good, but Wang was not satisfied with his tailoring skills, and he found out that the material he used for the helmet is too thick, and maybe, it suits the Mark I. So, he stopped the Mark III project, and switched to Mark I project. And that is how it all began.
Day 1. Helmet seems to be easy job, the only problem Wang met is that the material may expand, causing the helmet to be out of shape, looking too fat or too thin. Well, he made it and moved to the next step, the chest for the armor.

On Day 9, the lower body is formed. 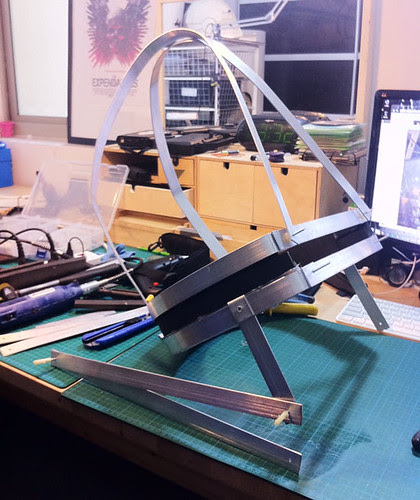 Down to the feet. 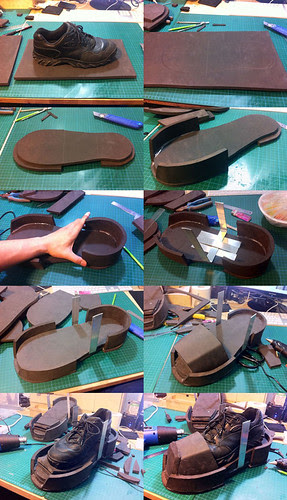 And Wang’s fingers got hurt while cutting the materials. 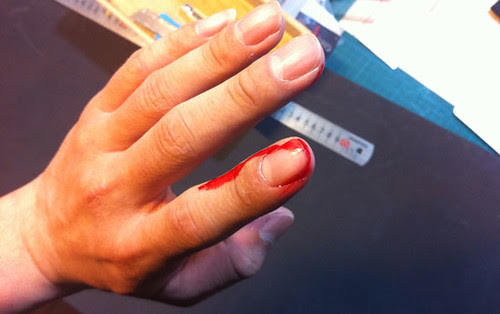 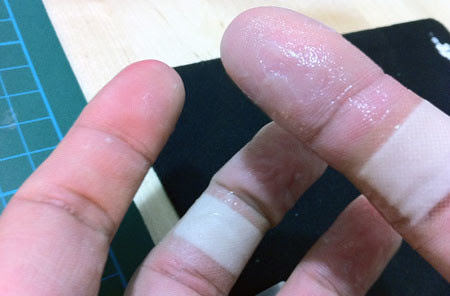 On Day 11, improvements were made to the leg. 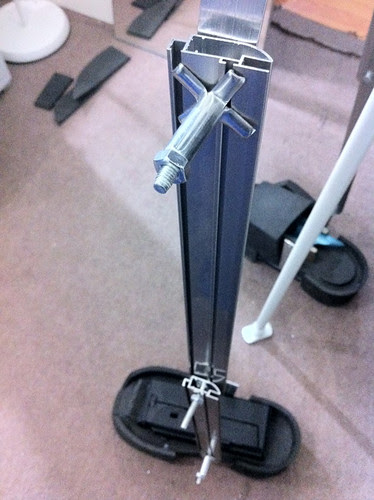 On Day 15, both legs were completed successfully, and walking is no problem. 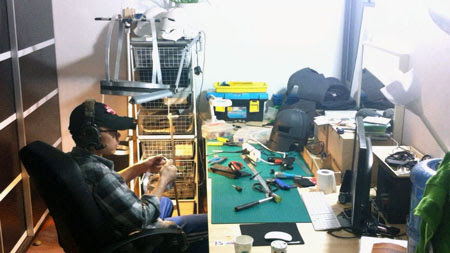 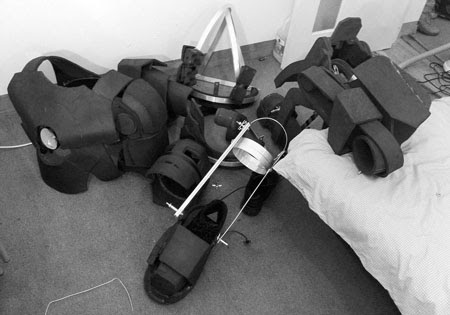 Previously, we have seen a Chinese netizen making an arc reactor knockoff, but there’s no suit at all. So, this Mark I suit weighs 110 pounds and cost 3,000 yuan ($460) to make. All the LEDs and the motors that drive the arc reactor and the fan have their own batteries hidden within the suit’s large frame. Well, Wang’s take on the movie’s Iron Man Mark I suit could easily frighten a supervillain. And this is not the end. Wang is now planning to get back to his Mark III project!
Share this
Newer Post Older Post Home