lt looks like smuggling Apple’s prouduct to China has been more exciting then ever, with some Hollywood movie’s plot added! Hong Kong and Chinese customs have cracked an audacious smuggling operation that saw Apple goods ferried along a long cable straddling the border.

The iPad and iPhones were transported over a small river that separates the booming city of Shenzhen from the rural northern part of Hong Kong using an elaborate pulley system. The cable was shot across the border using a crossbow and the Apple products were be kept inside a black nylon bag, flying in the dark. The cable was suspended to a high-rise building in the Chinese border town of Shenzhen, and goods were moved several hundred meters from a wooded wasteland which located in Hong Kong.

Hong Kong and China run independent legal and taxation systems, and smugglers in China often try to get goods from the former British colony to make a profit on the lower prices. A group of smugglers used a crossbow and pulley system, with strong fishing line hook up, smuggle Apple products across the river that divides Hong Kong and Shenzhen under the cover of darkness. Officers found a 300-metre line rigged across the Sha Tau Kok River, which taking advantage of the geographical environment. The line was connected to the 21st floor of two residential blocks in Shenzhen, a black nylon bag containing smuggled goods was tied to the line and pulled across the border by the pulley system, which operated manually . The traveling time only take about 2 minutes to reach the other side of the river. Investigations showed that the smuggling action were be operated in early morning to avoid detection. The moves have finally been discovered after a major customs surveillance operation. 6 smugglers were arrested, 50 iPad 2s and 50 iPhone 4s, which worth about ￥300,000 yuan (US$46,583) were seized. 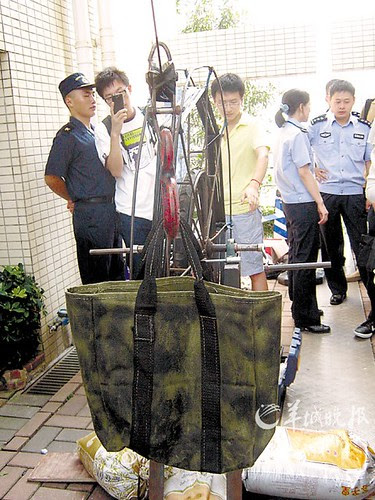 Using pulley system to make iPad and iPhone fly across the river. 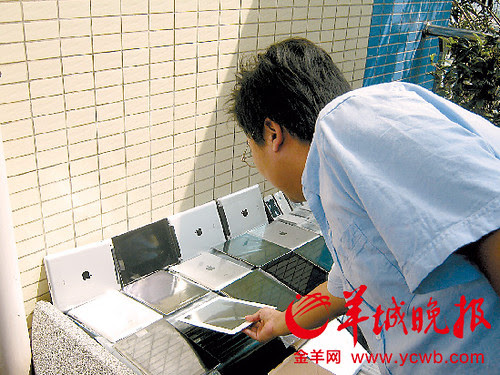 The Chinese customs has seized 50 iPad 2s from the smugglers. 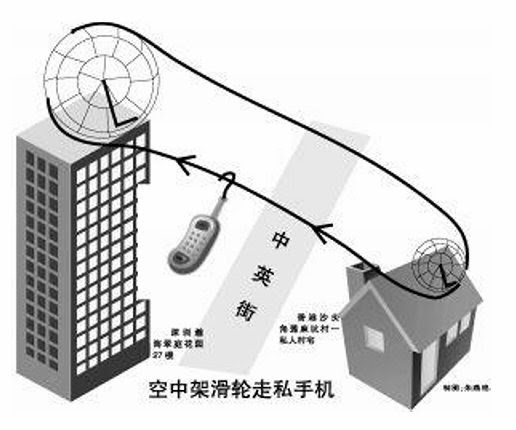