Here’s the Meizu MX, the successor to one of the most popular Android handsets in China, the M9. So, here’s our complete unboxing and hands-on impressions on this “Designed in China, Made in China” Android smartphone. Read on to see how it takes on the iPhone 4S, Galaxy Nexus and Xiaomi!

Alright, Meizu CEO Jack Wong has been teasing the MX handset for some time now, and today the phone has been delivered to many Chinese tech websites for reviewing. We have collected the best photos, and picked the best video to let you know what does the thing feel like. 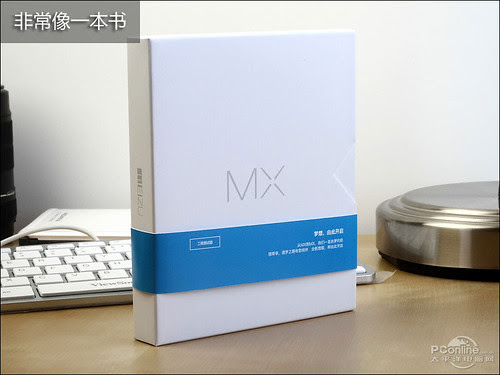 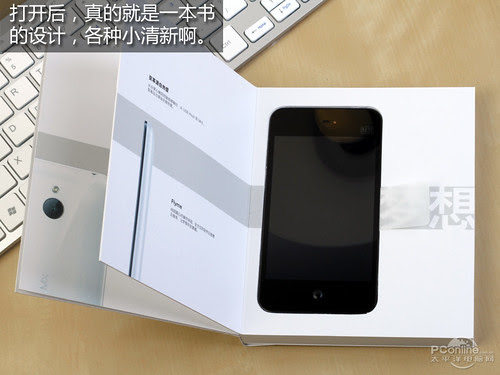 When you flip it over, it functions like a booklet, and your Meizu MX sits inside. 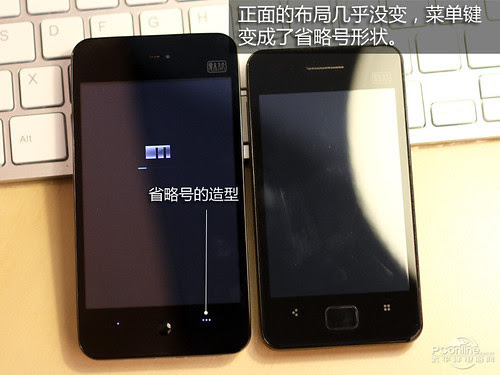 Meizu MX & Meizu M9
The command keys located on the side of the home button are backed by LED-light, its symbol will change automatically. 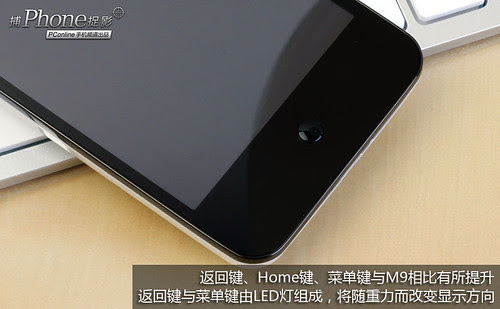 The new home button is probably the smallest one we had ever seen on Android smartphones. 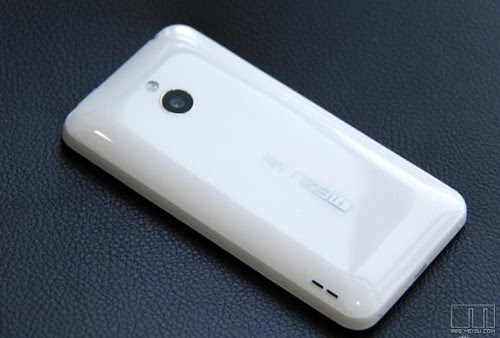 How about the back? It features double coating design, making it looks smooth and glossy without cheap plastic feel, giving users premium feel and look. The word “Meizu MX” has three-dimensional effect, looking beautiful. Seamless workmanship with bit of curvature. 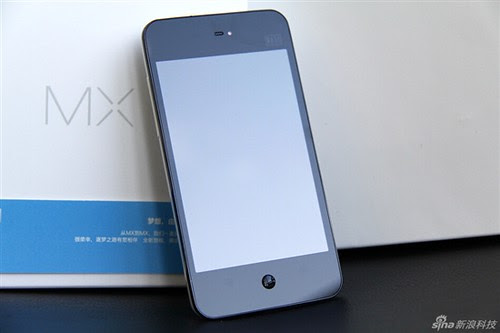 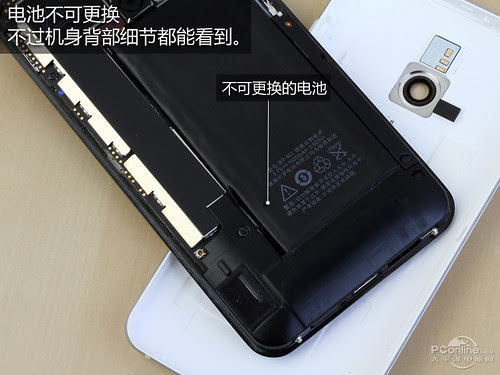 Take note, the battery is not removable. 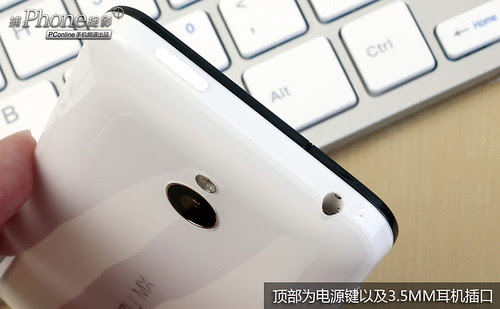 The 3.5mm headphone jack and power switch are located on the top edge of the machine. 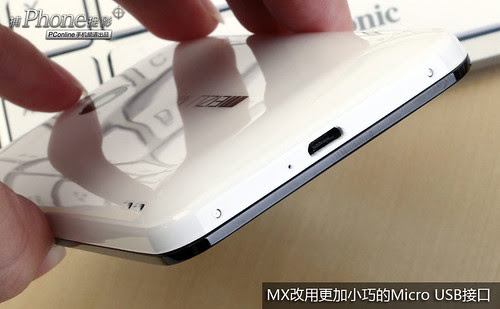 The micro USB port is where you plug in to recharge your phone, it can also served as a S/PDIF output, and supporting USB host and MHL as well. 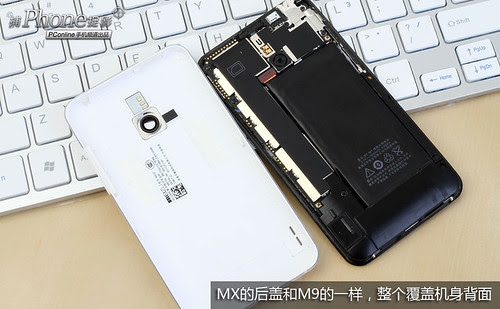 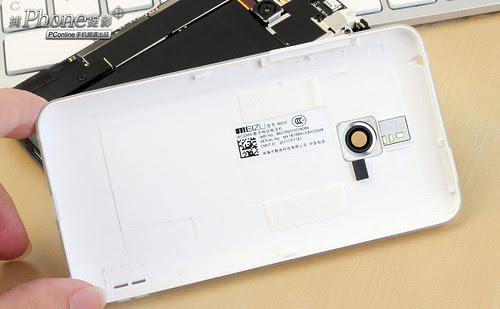 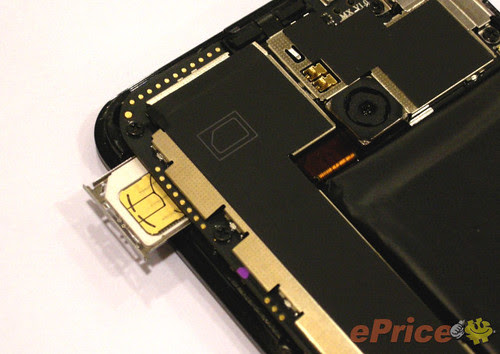 That’s where you plug in your micro-SIM. Meizu is using a newer backside-illuminated sensor that’s more sensitive to light in addition to upping those megapixels — and we must say, pictures on the Meizu MX look as stunning as pictures taken from iPhone 4S. The shots looked good right out of the gate, with very few problems when it came to focusing or low light. Surprisinly, the MX was usually able to take completely useable and even handsome photos in fairly low light without the flash. Autofocus worked well in most situations, and we were actually able to get some impressive looking macro shots (see the flowers above).

What’s more, the MX is capable to take panomara shots using the built-in camera app. Check out the two panorama shots taken from the MX below,

As far as video goes, we were definitely impressed by the 1080p capture, though there are stability issues with the lens if you’re not holding the phone very steady. Anyway, everything the video shot from the MX looked crisp and mostly artifact-free. But we wonder how it performs in low light. Check out the video sample below, 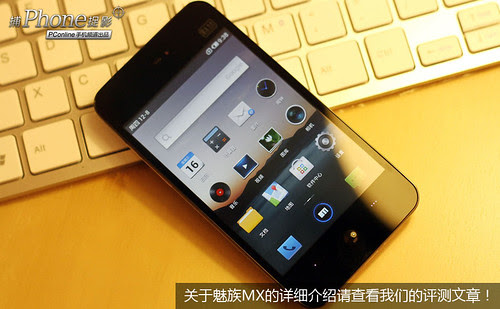 Flyme offers a visual appearance rather similar to Apple’s iPhone, has features such as searching your handset (a function that is very similar to Apple’s Find My iPhone feature), issuing a remote lock request to the MX and most interestingly, Flyme comes with remote wiping capabilities. Flyme stores user’s music, photos, documents, and more. And wirelessly pushes them to all the user’s MX.

Actually, Flyme OS is just like the combination of MIUI and Aliyun OS. Also, the UI on MX doesn’t have much difference from M9, this may imply Meizu is probably working on a new Flyme OS based on Android 4.0. 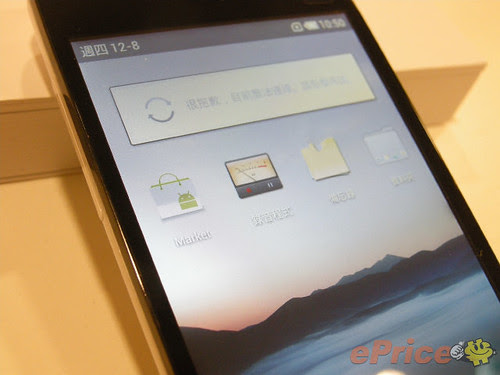 As Android Market is blocked in China, Meizu had decided to launch two versions of Meizu MX. Not in terms of the specs, but the location — Hong Kong ver. & China Ver. The Hong Kong version of the MX will come with Google’s offcial Android Market instead of Meizu’s own developed app store. 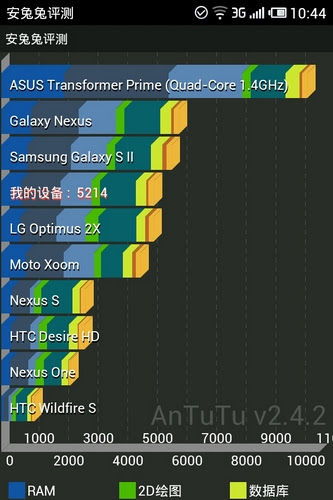 According to the Antutu’s test result, the performance of Meizu MX is less powerful than Galaxy Nexus and Galaxy II. 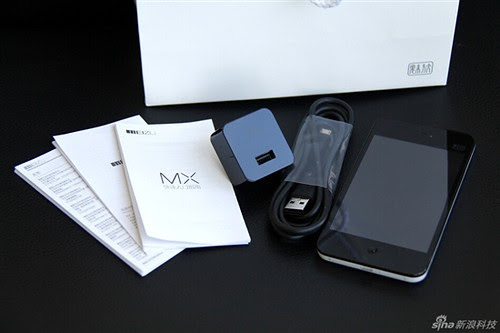 Everything on Meizu MX is looking great! The display is beautiful, the color is sharp, comes in a good size. In comparison to its predecessor M9, MX is bigger and slimmer. The back cover is glossy but without cheap plastic feel. As a smartphone, the video and photos that produced by it are quite good. The CEO of Jack Wong had promised that Meizu’s heavily customized Android 2.3.5 Flyme OS will eventually get the 4.0 Ice Cream Sandwich update. So, the down side? Its pricing is quite high at $2,999 yuan ($470) plus the launch is running a bit late (Jan 1st 2012 in mainland China), the market might already got eaten up by its rival Xiaomi by that time.
Share this
Newer Post Older Post Home