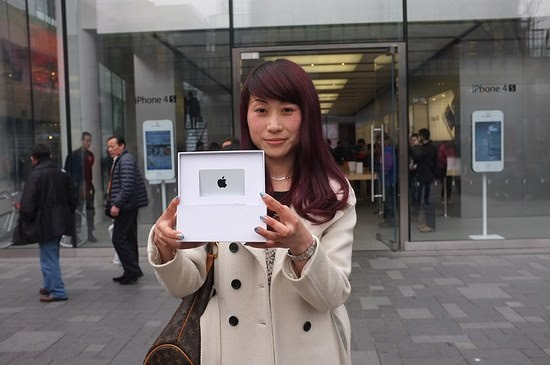 Fu Chunli, a citizen of Qingdao, downloaded the 25 billionth app from Apple’s App Store early this month, pushing the mobile software store to a new milestone.

The young lady downloaded a free version of Disney’s popular mobile game ‘Where’s my water ?’ As the winner, she will receive an iTunes gift card worth 10,000 US dollars. Last week Apple has invited her to Beijing Apple store to collect her prize. Apple has given the lucky girl a warm reception. This might be just another shrewd PR by Apple, but it’s also tell us that Apple undrstand the importance of Chinese consumer market …

Fu Chunli was not a big fan of Apple, and had only purchased her iPhone for about one month, still learning how to use the App Store. She didn’t know anything about the competition until she was contacted by Apple. When she received a call from staff at Apple (China), she thought it was a hoax. She was still confused when a friend told her that she received a prize from Apple, but did not believe her luck until she saw an email from Apple Inc. Many friends called her to congratulate her on her good fortune. The local media now call Fu Chunli as the ‘Apple girl’ from China. 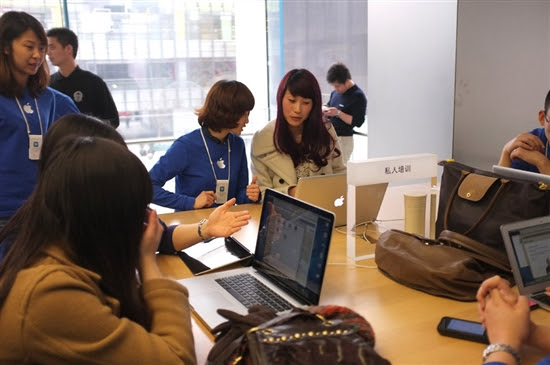 The blue shirt employee was serving the lucky girl, explain the use of app store. 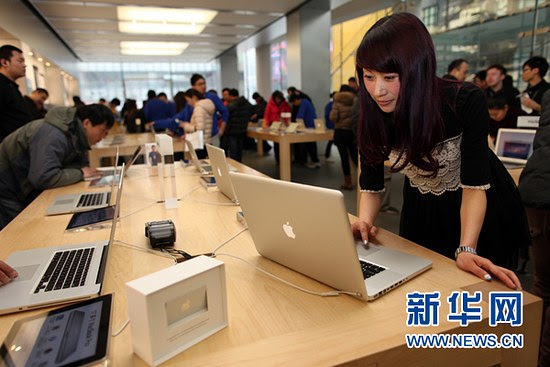 Chunli is testing the Macbook Pro, will Apple consider to give her some discount ? 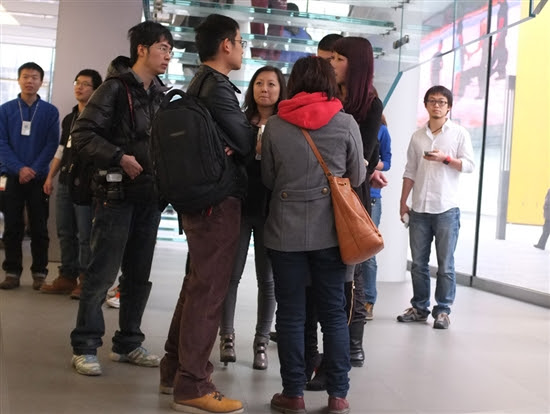 Chunli was given interview by local journalist. 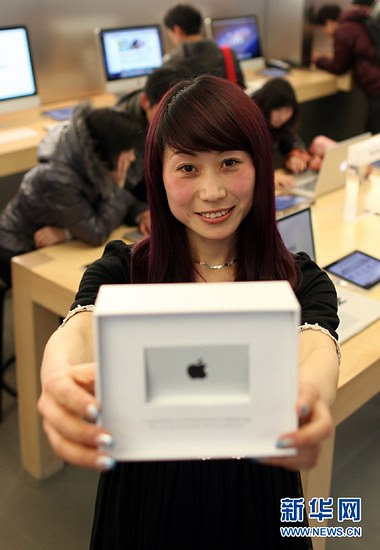