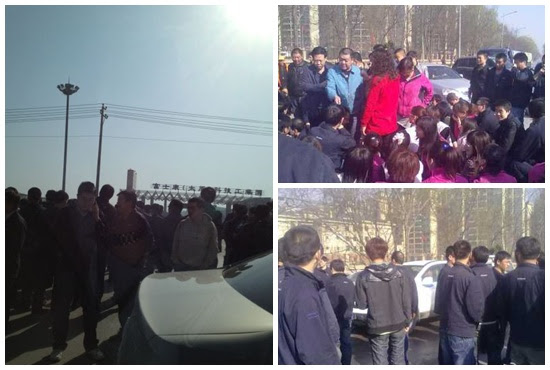 This morning, Foxconn workers from Taiyuan factory, which is located at Shanxi Province in northern China, went on strike again.

Last month, hundreds of Foxconn workers have already gone on strike in a pay dispute. The protesters said that Foxconn had promised to raise the pay for all employees, but not for entry-level workers, prompting a number to go on strike. Recently, serveral rumors hint that the Taiyuan’s Foxconn plant is preparing to produce the upcoming new iPhones. The news of the workers strike was first posted at SINA weibo, the nation largest social networking platform (aka China’s twitter). In the meantime, there is no official words from Foxconn. We will keep everyone update on this, stay tune.

The second strike seem to be even a larger scale compare to the first one. Many workers gathered outside the factory, luckily they were not having extreme emotion. Local police officials have arrived on the spot to maintain order. Look like Foxconn’s negotiation with the workers on the previous strike was not successful. The manufacturing workers certainly want a better and reasonable pay. According to several news report, Taiyuan Foxconn is hiring 20,000 new workers to prepare for the production of Apple new iPhone, which is expected to be release later this year. The factory is targeting to produce 57 million new iPhone for each year. We are wondering how badly will these worker’s strikes affect once again on Foxconn’s reputation. 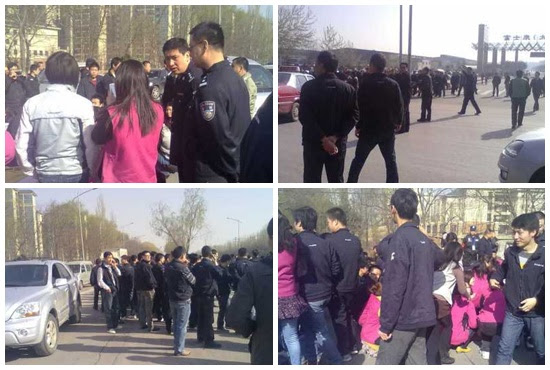