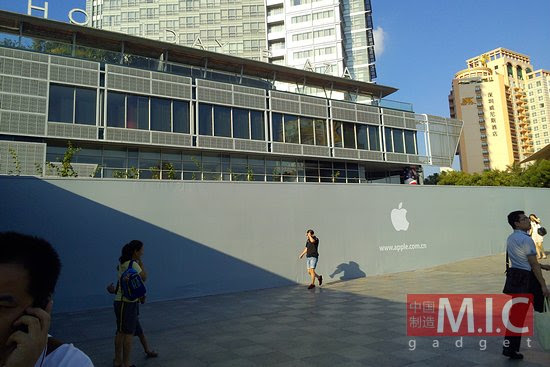 Previously, we have reported Apple’s plans of expansion for their retail stores in China. Apple is considering to open up new stores at Southern part of China and Shengzhen Apple store might be the first one to come.

The location for the upcoming Shenzhen Apple store has been officially disclosed. We pinned the location down to Yitian Holiday Plaza at Nanshan district of Shenzhen, and Apple logo has finally shown up on the construction barriers. Yitian Plaza is a very grand shopping mall in Shenzhen, many rich people live around there so the demographics are good for high end retailers. It has hundreds of shops, cinema, restaurants and a ice-skating rink in it. Across the street, there is a fantastic replica theme park known as ‘Window of the World’. Click in to see more details and photo on the construction of the store.

Shenzhen Apple store is somehow special because the city is the main site of Apple’s partner manufacturing facilities. Millions of iPhone and iPod were assembled in Shenzhen Foxconn plants for many years, but there is no offical Apple store in the city, just authorised resellers. Shenzhen is also the main point of entry for grey market products into China. With an official Apple store in the city, grey market resellers would have a difficult time selling their products, since Apple now have both the Hong Kong and Shenzhen side of the border ‘covered’. The second Apple store in Hong Kong has also officially disclosed recently. It is located at the Festival Walk mall in the Kowloon Tong area. The Hong Kong region is actually serving as a staging area for Apple to get its products across the border into mainland China earlier than usual. One more new Apple store will help to ease the huge demand from Chinese consumers. 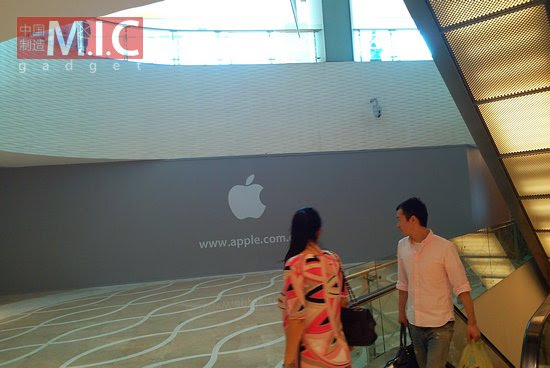 The entrance of the store front inside the shopping mall. 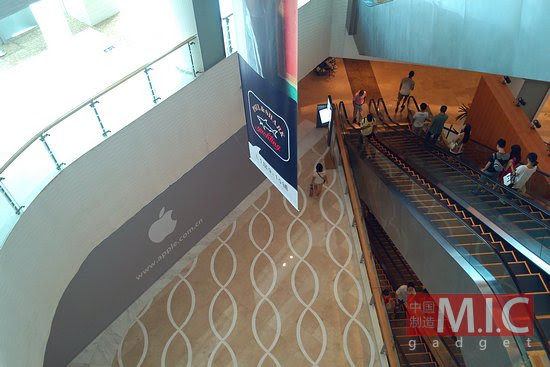 The new Apple store will be located at basement one. 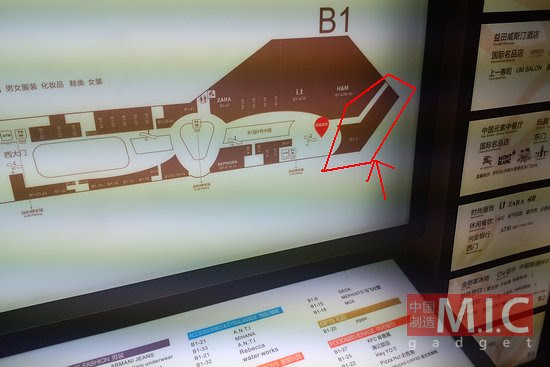 There is still no information on the directory board for the upcoming Apple store. 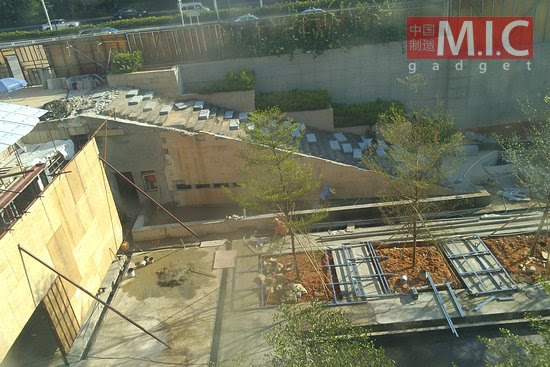 The staircase outside the store will be re-renovate, which is linked to the main road. 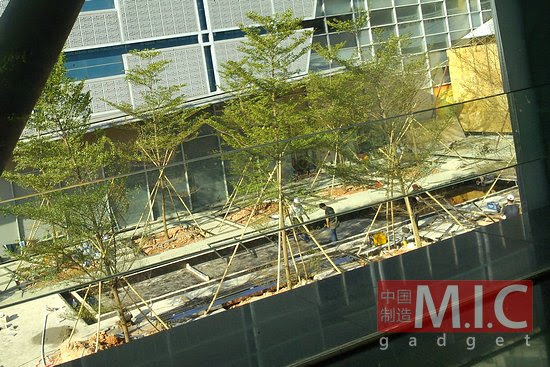 The store occupies the underground retail concourse of the Yitian building. Judging from
this photo, we believe there will be some underground see through glass elements. 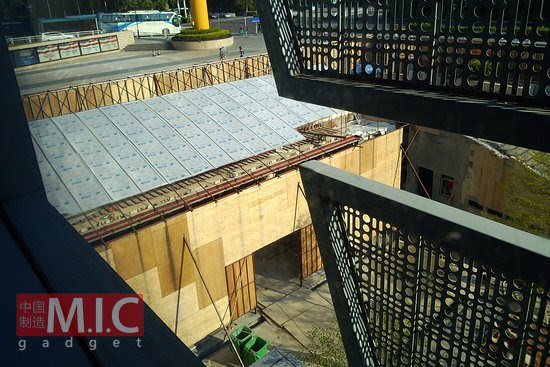 This is another entrance of the store located outside the building. We assume
this will be the glass entrance that looks like a ‘green house’. 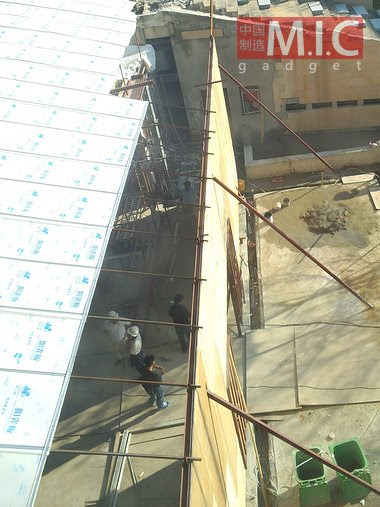 A close-up shot on inside construction, no Apple management can be found on the spot. 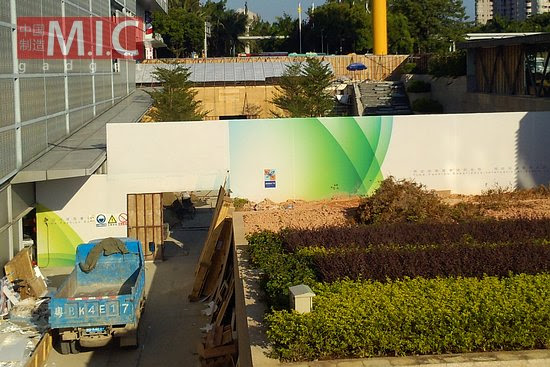 The whole area is still covered with construction barriers, security is not so tight. 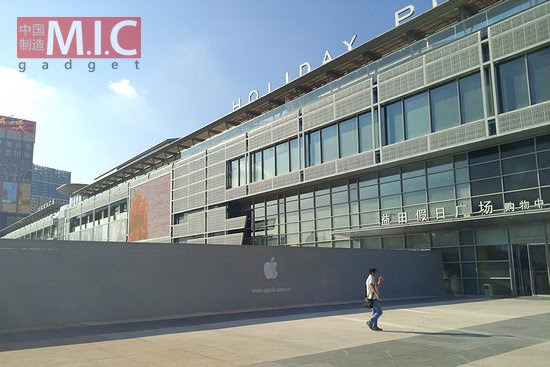 More construction barriers with Apple logo, but no opening date has stated. 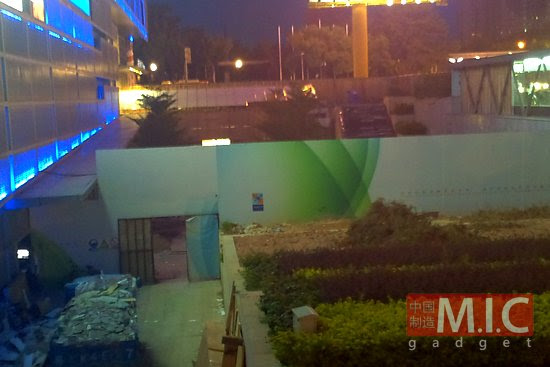 The construction continue when dark falls, it seem the store is rushing up for a grand opening. 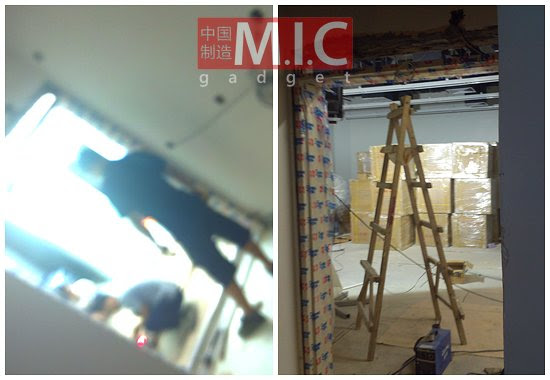 Spy shots inside the store, we saw major decoration materials
were in, and workers were busy doing their job.
We believe the upcoming iPhone 5 will release first in Hong Kong, which is similar to the new iPad early this year. The special administrative region will be included in the list of countries that will get the iPhone 5 first. As part of a continuing cat-and-mouse game between Apple and grey-market resellers, the company has already instituted the Reserve and Pickup system for any i-product launches in Hong Kong, in order to resist professional scalpers. The new iPhone 5 will properly launch in mainland China later this year, or even early next year, due to the strict and slow approval of selling handset and wireless deivce in the country. But if Apple manage to get the approval earlier, we may see the Shenzhen Apple store to be opened very soon than we expected (judging from the latest construction photo). And this will actually create some impact for the grey market.

There will be only a small gap between the opening time of the two new stores in Hong Kong and Shenzhen, and this will help to reduce the chances of people getting the new iPhone 5 from the grey market, especially the early birds and Apple die-hard fans. We will keep track on the status of Shenzhen Apple store, stay tune. And of course, since we are based in Hong kong, we will be covering the second Apple Store at Festival Walk mall as well.
Share this
Newer Post Older Post Home