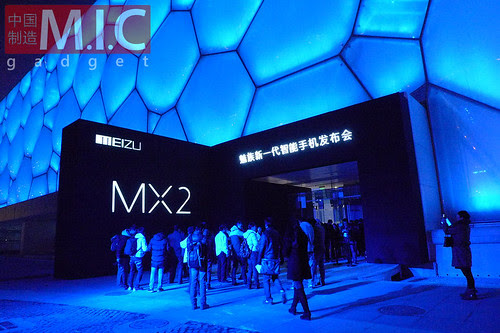 The event was held at Beijing WaterCube. Meizu picks WaterCube to hold its launch event is because the whole building matches the color theme of the brand.

WaterCube was being served as an aquatics center for the swimming competitions of Beijing Olympic Games in 2008, but it has an indoor tennis court. The tennis court is where Meizu’s launch party was held. Beijing WaterCube only has two main entrances, the entire building is surrounded by fences, security guards and surveillance cameras are everywhere. The property is managed by the Chinese government. 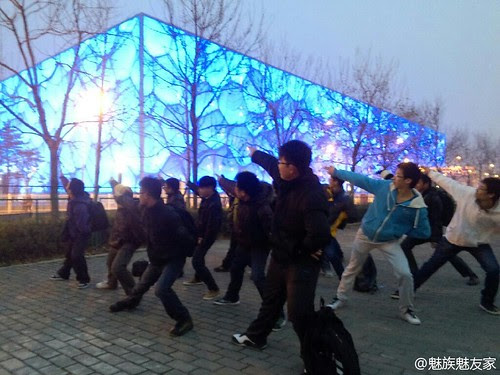 Meizu’s enthusiasts were feeling very exciting outside the stadium. Even the weather was merely 32°F (equivalent to 0°C), it still did not cool down their passion. 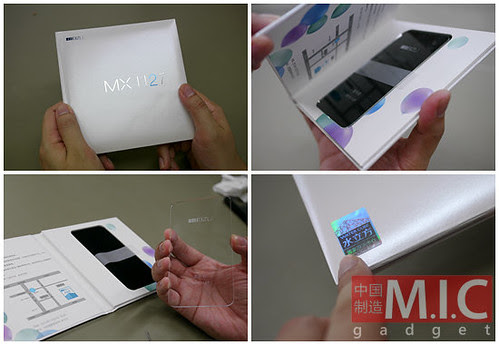 The press invitation is a piece of glass that packed in a well designed CD envelope, which is probably the best looking media invitation in China tech industry. On the envelope, it has a barcode and a WaterCube’s security label. 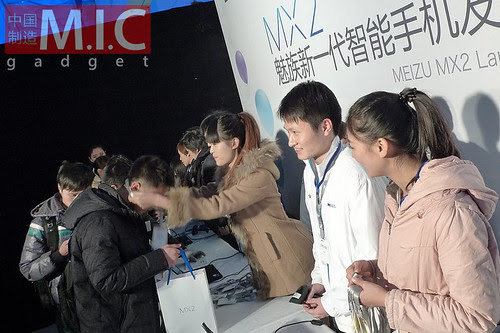 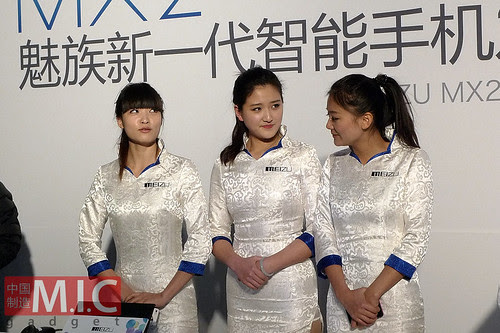 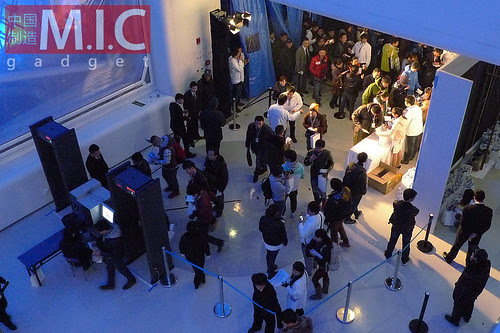 There is security check at the entrance, all attendees’ belonging must go through X-ray inspection before enter the hall. 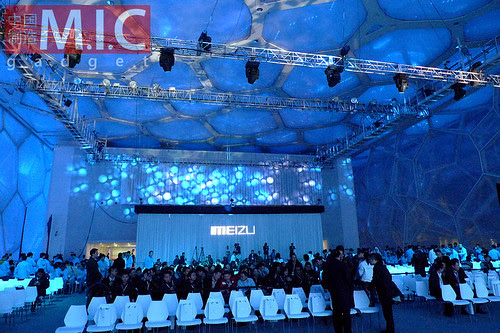 Over 800 people flocked in to the event, including 200 local and international medias, 250 Meizu’s fans, and the rest are dealers and business partners. 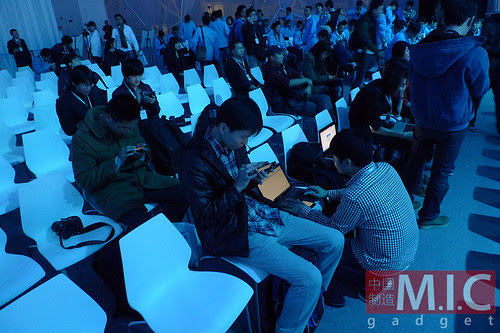 Many medias were doing living blogging at the event, treating it as if Apple keynote 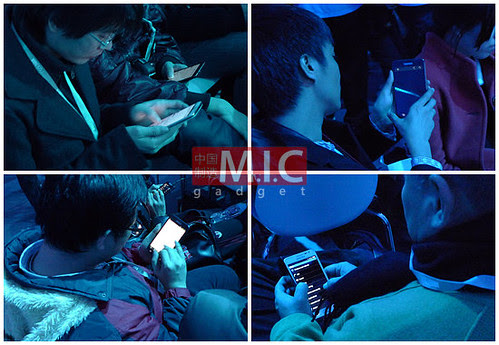 Surprisingly, we saw many people using Samsung smartphone at the event
The launch party is pretty much another ripoff of Apple’s keynote event after Xiaomi held a launch event in August. Comparing the two Apple Keynote knockoff, we think Meizu’s launch event was more grand, while Xiaomi’s launch event was more playful. They both have different style.
Share this
Newer Post Older Post Home