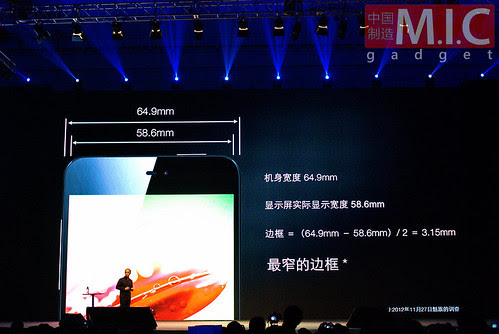 Meizu MX2 would carry an amazingly-sharp 4.4-inch HD+ display with 347ppi, which sits within a 3.15 mm bezel on the phone.

This approach maximizes the screen viewing space by eliminating the black frames or bezels around the display, which maintained the size and the form factor. With “HD+”, it is a new term that Meizu used to describe a display with 16:10 aspect ratio 1280×800 resolution. Meizu explained the display would bring accurate clarity with automatically-adjusted brightness, helps saving 20-50% of energy use. 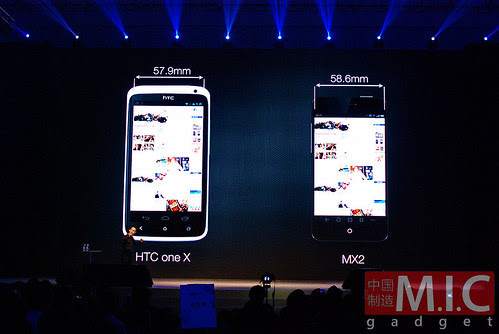 Although HTC One X is larger than MX2, the display width of MX2 is wider than HTC One X. 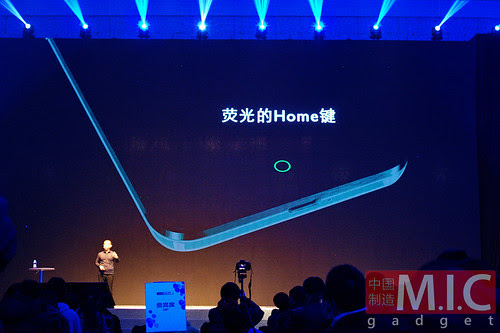 The home button has been redesigned. It’s a touch sensitive button with breathing touch-light and green Neon light. It’s one of the features that we like the most, we have see how this feature exactly works in our in-depth review. 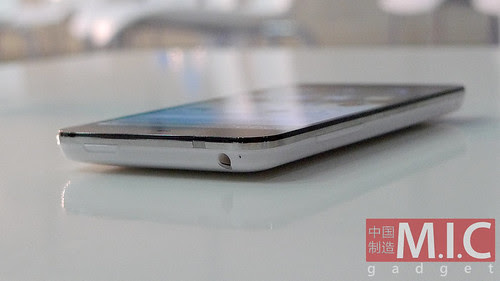 Meizu MX2 has a metallic surround framing the perimeter of the top surface. 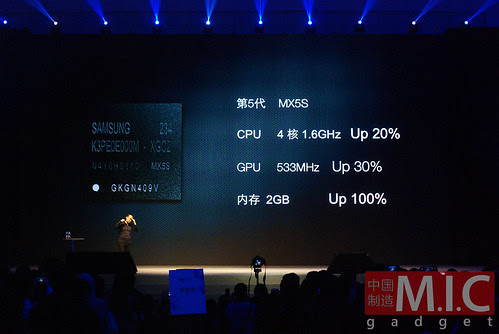 Meizu MX2 will be using a new processor called MX5S, which is a Samsung-made quad-core processor running at 1.6GHz, paired up with a 533MHz GPU and 2GB of RAM! 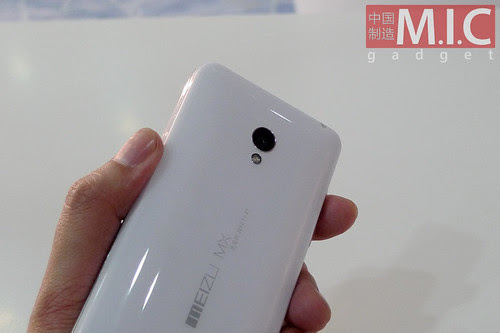 The back cover remains the same as the previous generation, features double coating design. Making it looks smooth and glossy without cheap plastic feel, giving users premium feel and look. You may also noticed the Meizu MX2 has the date and the Chinese word of “WaterCube” printed on the back cover, but these words won’t appear on the device when it released to the public, it’s just a special edition to showcase at the event. 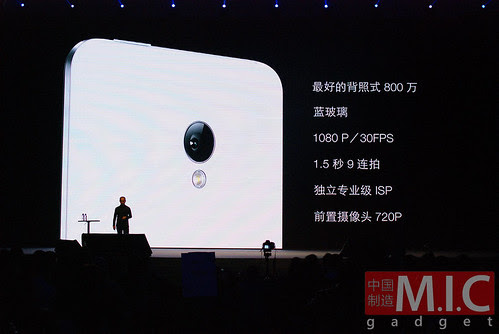 The built-in camera has a new backside illuminated sensor that’s more sensitive to light in addition to upping those megapixels. Its front-facing camera and rear camera can shoot video at 720p/30fps and 1080p/30fps respectively. 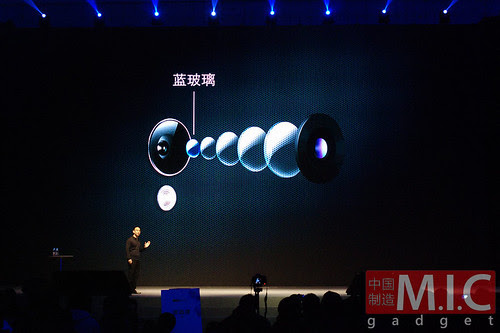 The rear camera lens has five-element optics and a blue glass element to reduce infrared radiation. The aperture of the lens have been reduced from f/2.2 to the current f/2.4. Furthermore, Meizu adds two new functions to its camera — 9 frames per second continuous shooting and four-direction panorama. 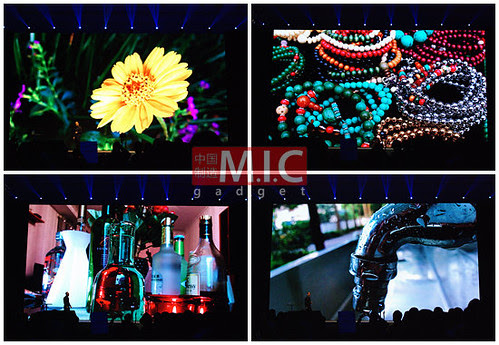 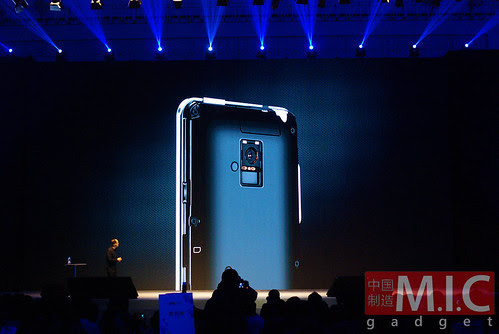 Meizu MX2 has a very special hardware design, which has an inner cover that gives better protection for internal components, and helps prevent interference from static electricity and electromagnetic waves. 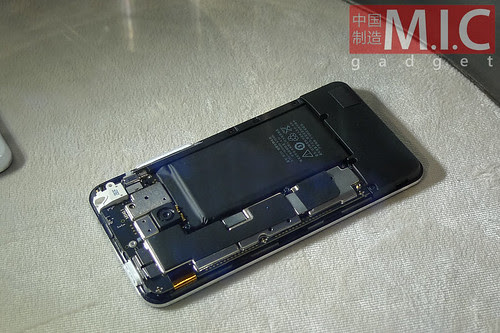 Under the inner cover, we can see all the internal structure design and a non-removable 1800 mAh battery. The device will use Micro-SIM card, which will work with GSM/GPRS/EDGE/WCDMA/HSPA+ networks. It will have three internal storage capacity options — 16GB, 32GB and 64GB. Sadly, it does not come with a micro-SD card slot for memory expansion. 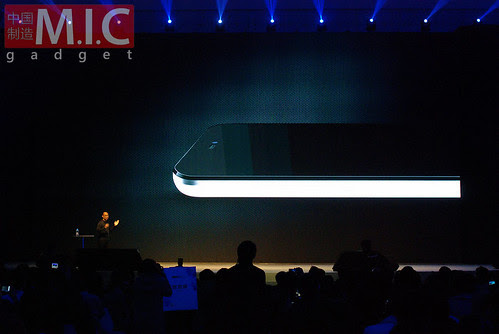 The back cover can be removed, but it did not say whether it’s compatible with the old MX’s multi-color back covers. 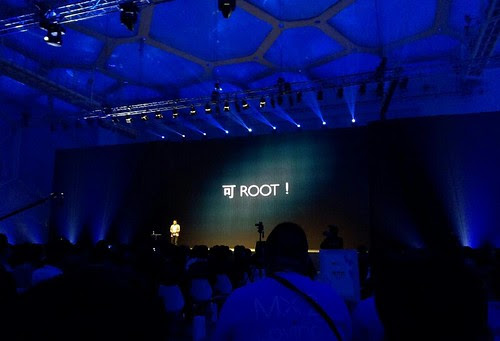 Meizu MX2 will be running Flyme OS 2.0, which is an Android 4.1-based custom ROM. The good news is Flyme OS 2.0 can be rooted! That would mean Meizu probably doesn’t want to follow what Apple is doing, not restricting users to customize the user interface. In addition, Flyme OS 2.0 will include Simplified Chinese, Traditional Chinese, English and Russian.

The machine will be available for sale in three locations — China, Hong Kong and Russia. Meizu official said Russia will have the MX2 for sale is because they found the market demand is very similar to China. MX2 will be release two weeks later. 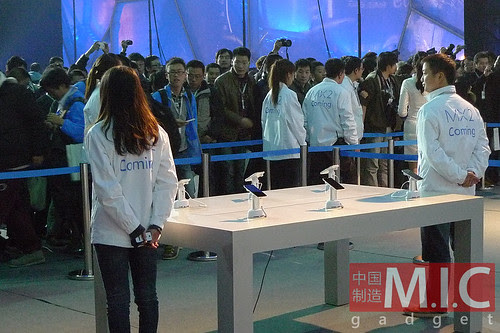 All the fans and medias immediately hasten to the hands-on section. 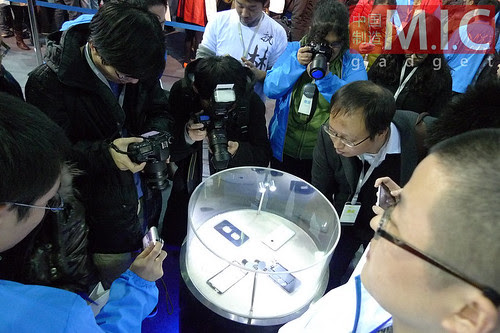 At the center point of the hands-on section, there’s a display box exhibited a dissected Meizu MX2. There’re sufficient units of Meizu MX2, and it has no time limit for people to play with the device. 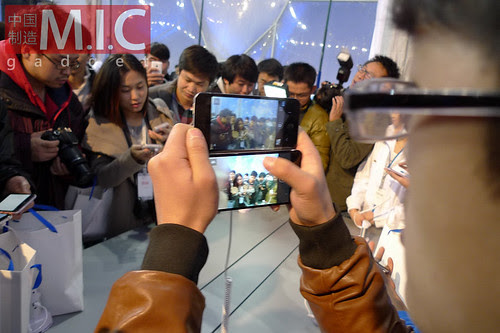 A Meizu fanboy testing the camera performance of MX and the new MX2. 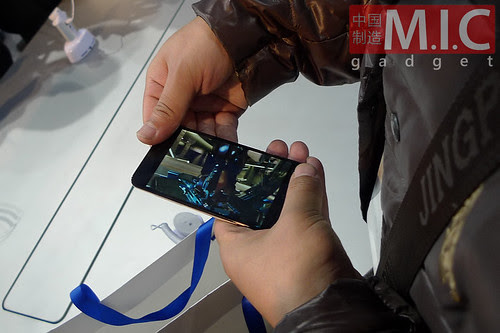 Another fans testing the screen size by watching a 1080p video. 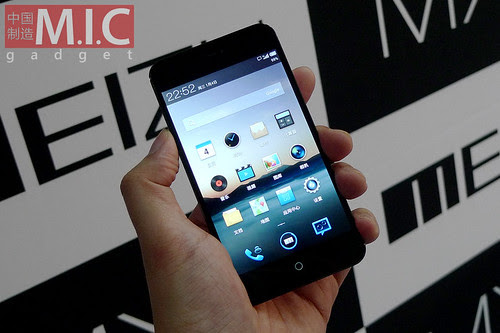 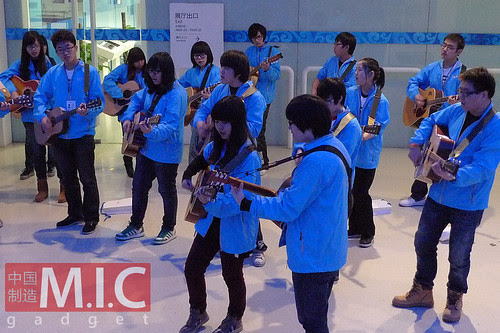