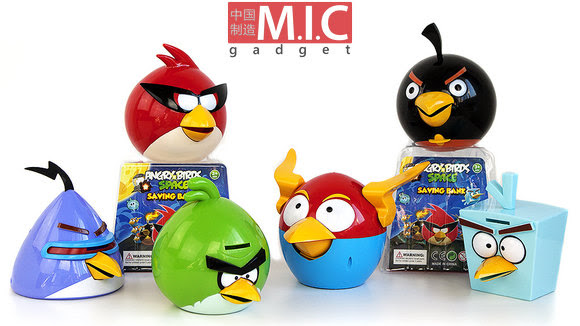 Alright, we were shopping at Guangzhou last week and came across this set of Angry Birds Space “Action Toy”.

We are all excited to try it out as each bird looks exactly just like from the game. And guess what, the moment you drop those hard-earned coins into this Angry Birds piggy bank, the bird will move its beak up and down, and “sing” the Angry Birds Space game theme music. Real awesome. To see the Angry Birds Piggy Bank in action, check out the video after the break. And more photos. 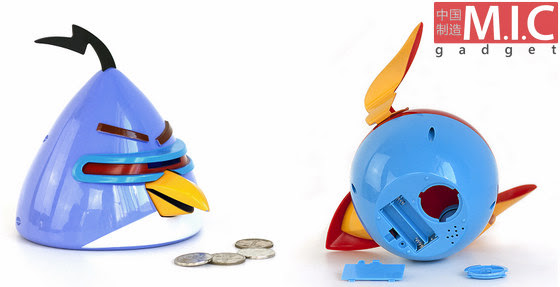 There’s 2 enclosures underneath the bird, one for inserting the batteries (2 x AAA), another for pouring out the coins. It powers up instantly once we insert the batteries. 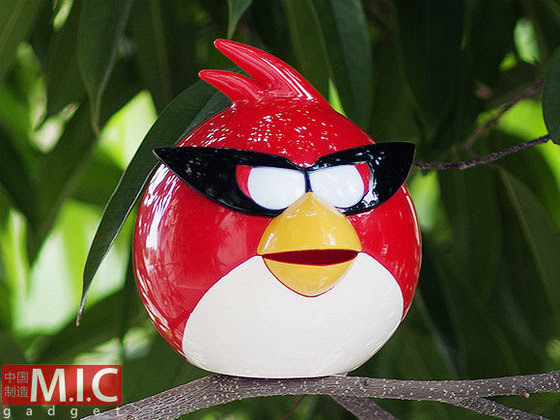 We picked our favorite character the Super Red Bird and tried it out. We inserted a coin through it’s beak and we were all freaked out. It’s beak suddenly moves vigorously and plays the Angry Birds Space game theme music kinda loud. We then moved on to the other birds. They all work the same way, all plays the same music but the opening where you insert the coin are not the same for each birds. We have tried out all and listed their coin position below: 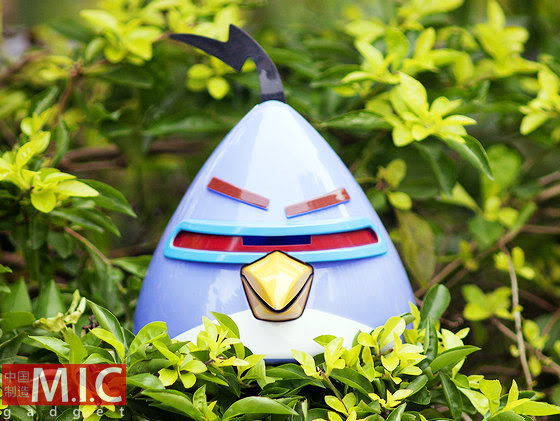 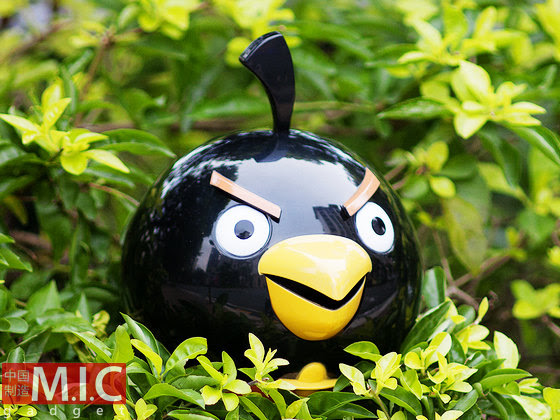 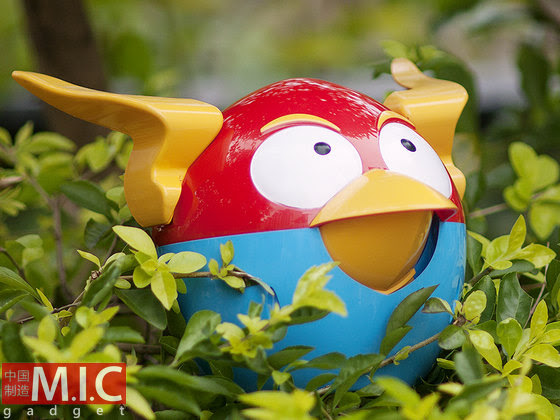 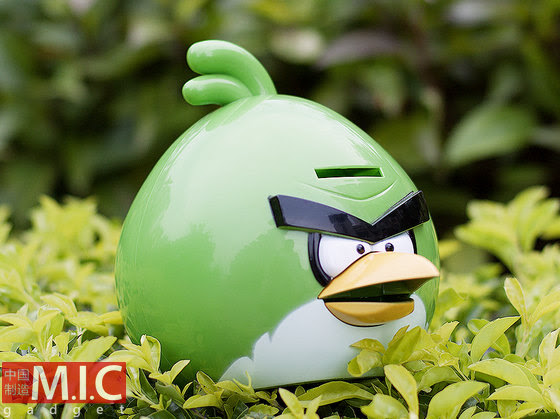 Terence: On it’s forehead (makes sense, it has a large forehand) 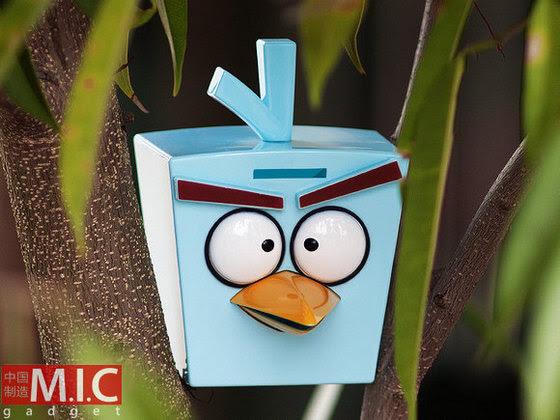 IceBird: On it’s forehead
So, we tested them with Hong Kong Dollar coins, and Chinese Yuan Renminbi coins, they all work flawlessly. And it seems like the coin detector only detects metal objects, and it may not work if the battery power of the piggy bank runs low. 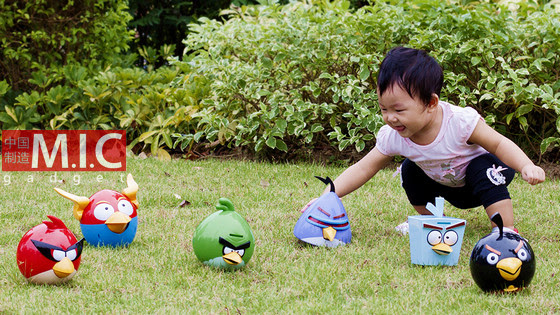 Overall we love it. This is definitely the most creative action toy we’ve seen so far based on the Angry Birds Space Edition. All Angry Birds lovers who played the Space Edition should at least buy one of these. There are 6 of them, pick one of your favorite characters and place it on your geek desk. It will make good decoration and gives you a fun way to set aside your extra coins.

Note: This toy is not officially licensed by Rovio but we should be able to see them selling the same stuff in their retail stores some time near future. If you can’t wait, it’s now exclusively available for sale online @ WantMi.com Shop for $19.90 (shipping included) and if you are a die-hard fan of Angry Birds, you can get the full set with all 6 birds for just $99.90.