Updated. MacBook Pro Clone Review + Impressions.
We had talked about the Macbook Pro knockoff before, remember? The old glowing Dragonfly logo is finally upgraded to a glowing Apple logo. Based on the photos of the clone, it makes us think it runs Mac OS X, but is that true? Tell you later. 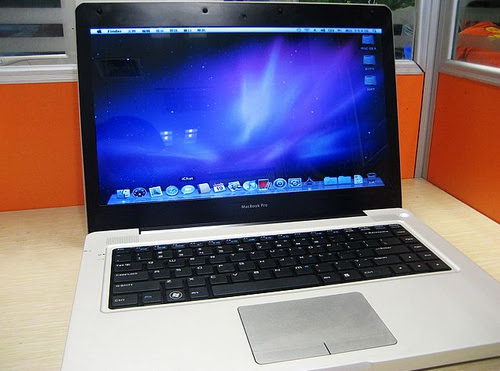 According to the specs list on Chinese online store, the machine comes with Windows 7, no words on Mac OS X. Therefore, we do not know if this machine is really capable to run Mac OS X. 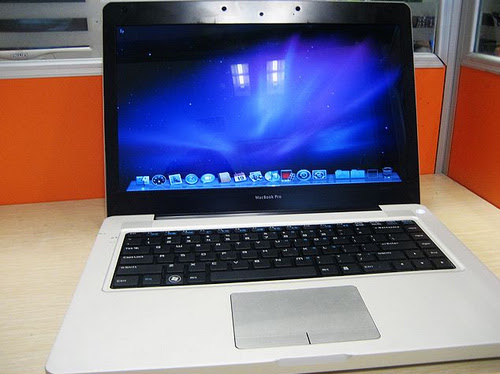 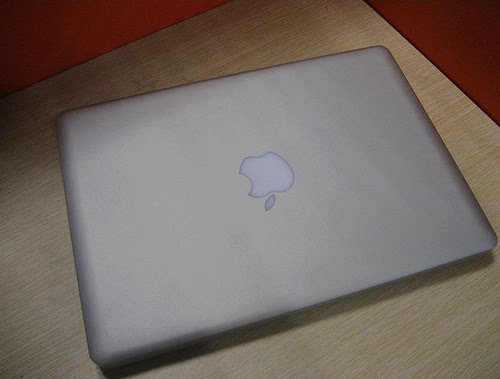 Good to see that the manufacturer has put an Apple logo on the machine. Definitely looks better! 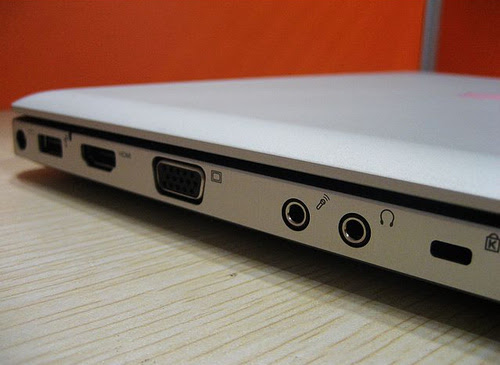 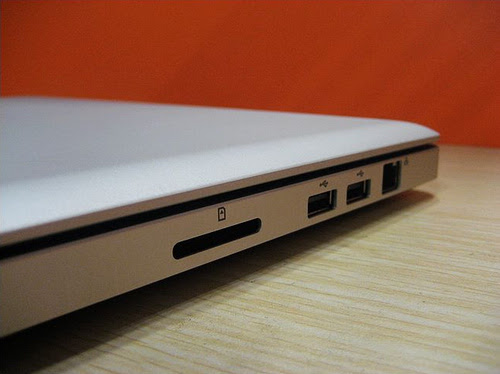 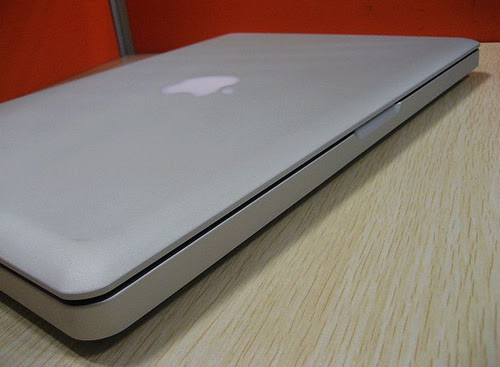 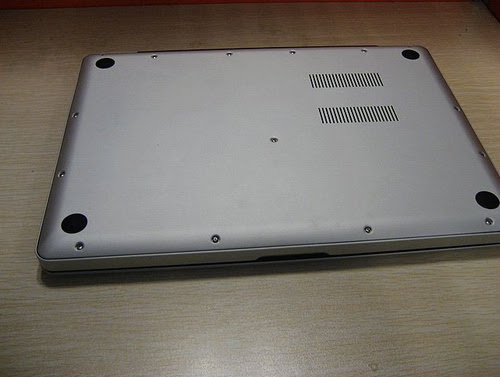 The chiclet keyboard is nice, but with the Windows logo key, it feels weird. According to its specs list, the trackpad has multi-touch feature. The entire machine with battery weighs 1.9 kg. It has 10 hours of standby juice. 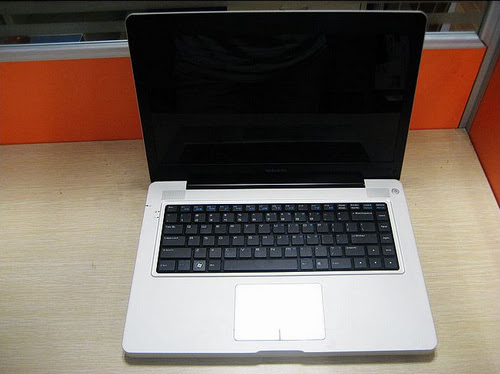 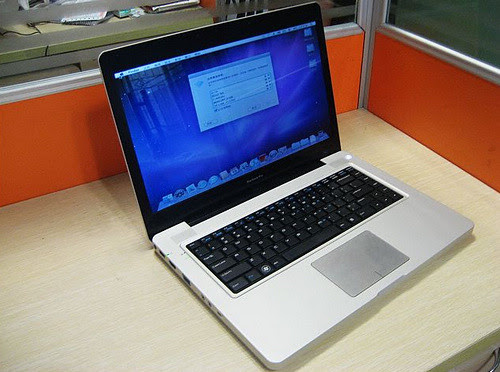 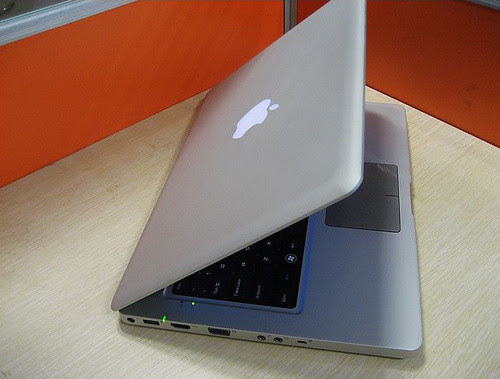