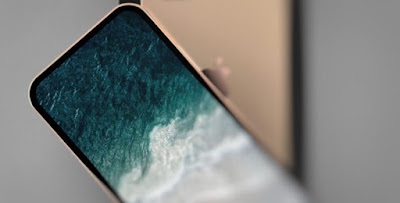 
Samsung has just released its first smartphone with a revolutionary folding OLED screen, but that said, it still can't match Apple's newly released iPhone 11 models in terms of Internet buzz.

The most incredible thing about all this is that the Samsung Galaxy Fold has a completely new form factor and design that is unlike anything we have ever seen. Meanwhile, the new iPhone 11 series looks exactly like last year's iPhone XR and XS, but with new cameras. All of these phones are still popular in different cities, while the Galaxy Fold is even barely mentioned in the US and other leading smartphone markets.

If that's what happens with iPhone models that use the same design for the third year in a row, imagine what will happen in 2020 when Apple releases the iPhone 12, iPhone 12 Pro and iPhone 12 Pro Max with a brand new look and feel. This may be the most stunning iPhone design we've ever seen.

The new series is so popular that it has already caused a bunch of rumors about the next generation models, as well as the current year's phones that appear on store shelves.

Earlier, the information we heard came from TF international Securities analyst Ming-Chi Kuo. He's Apple's most famous insider, and he has a terrific track record when it comes to leaking Apple plans. As for the iPhone 12, iPhone 12 Pro and iPhone 12 Pro Max, he said Apple's iPhone 2020 will have 5G support, new ProMotion displays with a 120Hz refresh rate, new cameras and the return of the iPhone 5 design that many liked.

Rumors from other sources say that Apple is also working on updating the components of its TrueDepth camera system, allowing them to be compact enough to fit in the top frame and eliminate the slot.

It is already known that Apple will introduce its new smartphone in September next year. The release date has not yet been confirmed, but everything says about the second Friday of September, which means that the new iPhones 12 models will be ready for pre-orders on September 18, and iPhone 12 release date is September 23, 2020.

With Apple's new iPhones about 10 months away, reliable sources like Ming-Chi Kuo won't keep the finished designs for the iPhone 12 and iPhone 12 Pro secret for long.